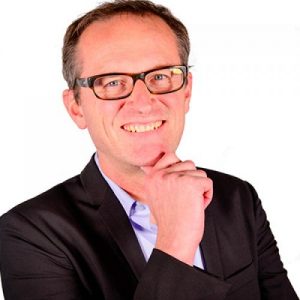 Dr. Thomas Fortin graduated from the Dental School of Lyon in 1990, earning his post-graduate in Oral Surgery in 1995.
His private practice focuses on procedures such as dental implants, Image-Guided surgery, and oral surgery in Bourgoin Jallieu, France.
Dr. Fortin is also a Professor of Oral Surgery and leads the department of oral surgery at the University of Lyon. In addition, he belongs to various organizations, including the TIMC Laboratory—a leader in image processing and computer assisted intervention. After developing the first surgical guidance system for implant placement in 1993, Dr. Fortin pioneered the way for Image-Guided Surgery. He has also written numerous works, including the first publication to address Cone Beam Computed Tomography in oral implantology, which was co-written with Professor Bianchi from the University of Torino in 2002.