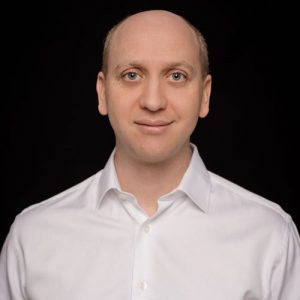 Jérôme Lipowicz, DDS, is a general practitioner based in Paris, France. He graduated from Université Paris VII and completed his education with postgraduates in legal medicine then implantology at Université Paris V, and esthetic dentistry at Université de Strasbourg.
Dr. Lipowicz’s interests include using new technologies where guided surgery and digital dentistry naturally became part of his practice since 2010.

After being part-time Attending in Paris Hospitals, he’s now the President of the French guided surgery academy (Académie de Chirurgie Guidée) he co-founded. He is an active member of the Computer-Assisted Implantology Academy and the Digital Dentistry Society, Fellow of the International College of Dentists, and a member of numerous international scientific organizations. Lecturing in postgraduates programs and congresses in France and abroad, Dr. Jérôme Lipowicz is also a successful internet entrepreneur since he created the Abcdent network in 1999 and the #1 french speaking dental community at eugenol.com, and founded the International Digital Days congress.