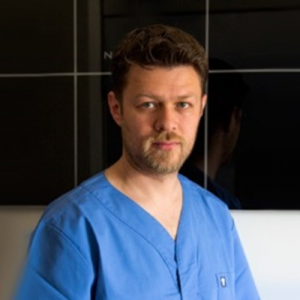 He continued his education at the same University in the Department of Oral and Maxillofacial Surgery where he specialized in Minor Oral Surgery for one year.

After that he continued at the Department of Dentoalveolar Surgery – Implantology – Radiology for the next three years where he received his MDS.

His master’s research was in the use of the MRI on Guided Implant Surgery.

He continued his education at New York University where he received his Diploma in Implantology and Oral Rehabilitation, in 2008.

He is the course director of the Continuing Dental Education Program in Implantology of New York University College of Dentistry in Greece.

Dr. Tsamis is copartner and CFO of the Merimna Institute in Athens, Greece, the first Continuing Dental Education Center in the country.

He is the Vice President of the Hellenic Association of Continuing Dental Education. He has a number of publication in dental journals and presentations in dental congresses in Greece and USA.

His private practice is in Thessaloniki Greece, limited in Oral Surgery and Implantology